Stuart Mark Feldman is a sculptor currently living and working in Philadelphia, Pennsylvania. He had apprenticed to the renowned sculptor and educator, Boris Blai (the late Dr. Blai, a Russian born sculptor and student of the French master Auguste Rodin, later founded the Tyler School of Art). Mr. Feldman also studied under the modern master Evangelos Frudakis at his academy in Philadelphia. He holds a Masters Degree in Art from Rowan University in New Jersey.

Mr. Feldman taught for many years at the Pennsylvania Academy of the Fine Arts in Philadelphia. Later, in partnership with fellow artist Kevin Lewellen, they opened Schuylkill Academy of Fine Art in Philadelphia in 2002.

He works in bronze, stone and wood, creating sculptures of the human figure that express man’s most noble and inspiring qualities. He is the creator of many portrait busts which express the subject’s essential likeness and character. He has created a number of commissioned public sculptures including the fountain sculpture at Reservoir Park in Harrisburg, PA, consisting of eight life-size bronze figures. 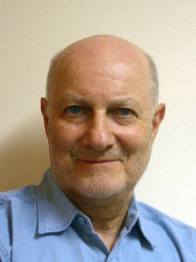